The report highlights vulnerability of displacement due to upzoning in the midst of SB9 and an updated housing element. 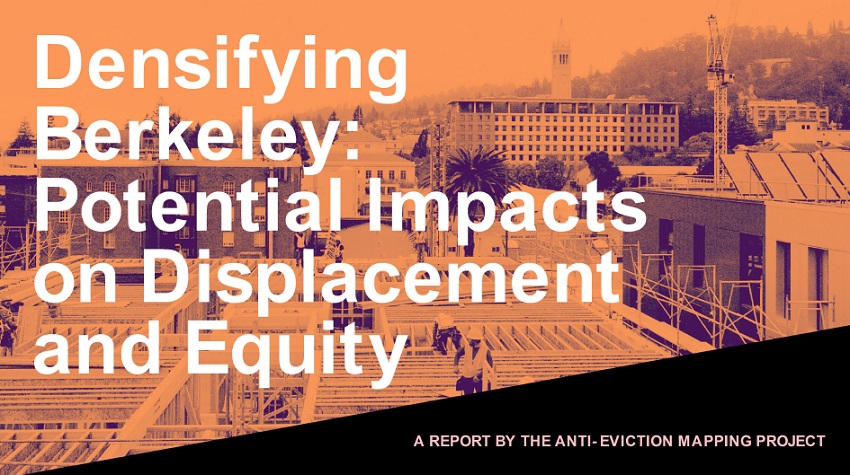 The Anti-Eviction Mapping Project (AEMP) is a counter-mapping, data analysis, and multimedia storytelling collective that documents and researches displacement struggles and creates tools for tenant resistance across the San Francisco Bay Area, Los Angeles, and New York City. The Berkeley Rent Stabilization Board (Board) regulates residential rent increases in the City of Berkeley and protects against unwarranted rent increases and evictions and provides a fair return to property owners. The Board advances the housing policies of the City with regard to low- and fixed-income persons, minorities, students, disabled, and the aged. Today AEMP and Berkeley’s Rent Stabilization Board are releasing their report, Densifying Berkeley: Potential Impacts on Displacement and Equity.

Along with the state approval of SB9 to effectively end single family zoning, the City is also considering ways to upzone Berkeley as a part of its Housing Element Update: aiming to make way for “Missing Middle” housing – duplexes, triplexes, and fourplexes. “The Board is concerned that upzoning in Berkeley might lead to increased displacement of tenants and further erode affordability in rental properties. The Board commissioned a study to understand both the current landscape of the affordable housing crisis and the displacement risk that upzoning policies may pose.” stated Board Chair Leah Simon-Weisberg. The Board asked AEMP to explore ways to prevent upzoning from displacing existing tenants and to preserve or increase the existing affordability levels. AEMP presented their initial findings to the Board at their November 18, 2021 meeting and this final report incorporates their feedback and suggestions and the recommendations adopted by the Board.

In this report, the Anti-Eviction Mapping Project (AEMP) asks whether upzoning can be deployed to equitably distribute housing to people who need it most without simultaneously increasing the risk of displacement in those communities. Their analysis of the current affordable housing crisis finds that the greatest deficit in Berkeley’s housing supply lies at Low Income (50-80% AMI) and Very Low Income (<30-50% AMI or below) levels; as a result, these households are forced to occupy housing at much higher income levels. Meanwhile, modeling that projects risk to displacement in upzoning finds that current West Berkeley and South Berkeley residents are the most vulnerable to displacement by zoning changes, while North Berkeley and southeast Berkeley residents are at minimal or low risk.

Findings of the report draw on data about tenancy turnover, rent ceilings, building permits, and new construction shared and gathered by the Berkeley Rent Board and made possible by Berkeley’s Rent Registry, which rigorously documents data about units protected under the Stabilization Ordinance. Statistical models, maps, and visualizations also cull data from the U.S. Census American Community Survey, the City of Berkeley, and Integrated Public Use Microdata Series (IPUMS), and California Housing Partnership Corporation (CHPC).

This report’s findings confirm the critical reality of the affordable housing crisis in Berkeley. It therefore offers policy recommendations to both mitigate impacts of displacement due to upzoning – especially in vulnerable areas – and further tenant protections that must be key components of any efforts to densify the city.

Policy recommendations from the report, Densifying Berkeley: Potential Impacts on Displacement and Equity, by the Anti-Eviction Mapping Project, commissioned by the Berkeley Rent Stabilization Board, are below:

Link to the full report: Densifying Berkeley: Potential Impacts on Displacement and Equity

For more information about the Anti-Eviction Mapping Project, visit https://antievictionmap.com/

For more information about the Berkeley Rent Stabilization Board, visit https://rentboard.berkeleyca.gov/

Keep up with City of Berkeley news via our news page, email, or on Twitter @cityofberkeley 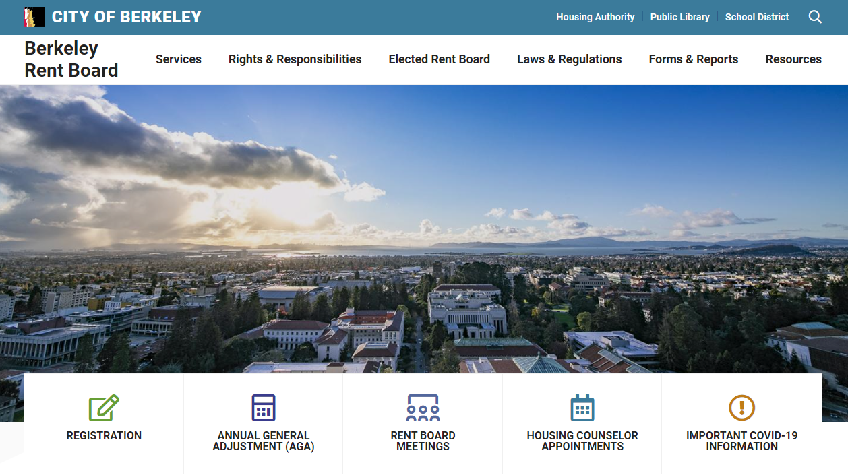 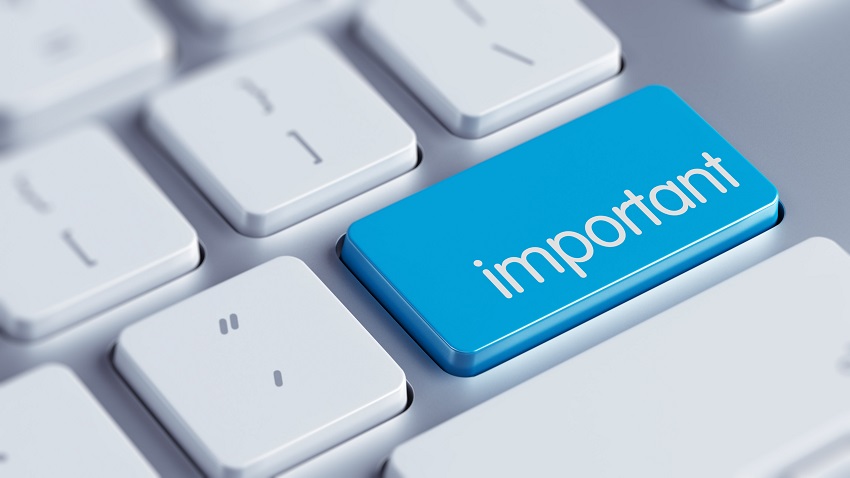